How to make the Job of a Site Engineer Easier. Finding Control Stations. 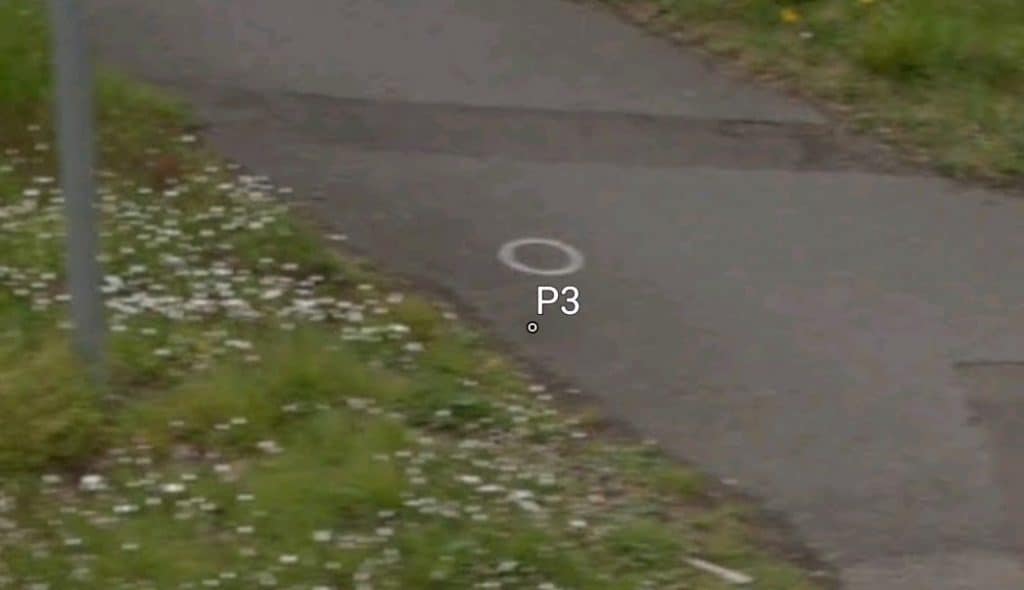 Can the job of a Site Engineer be easier?

In this article I will be going through how to find Site Control Stations.  This is one of the first things that would need to be done on any new construction site.  Depending on the size of the site this can range from being simple with 4 or 5 control stations to a massive undertaking with 100 plus control stations.  And with anything in life, there is an easy way and a hard way.

If you are looking to make your working life easier with a new site engineering role then you can try to find your next site engineer job on Jooble.

What is Site Control.

Site Control is the known reference points around the site.  These Site Control points (or Control Stations) are physical ground markers with known co-ordinates (usually Eastings, Northings and Elevation) that have been referenced and checked for accuracy.

When starting on any new construction site, the site engineer will need to know what control stations they must work with.  Before any setting out or construction can begin, we need to know what information we have to work with and the reference points we have.  These are the Control Stations.  These control stations need to be clearly identified on a drawing and on site.

Some years ago, the only way to find the control stations was to take the site control drawing and walk around site to try to locate as many control stations as possible.  These would then be marked clearly with a triangle painted on the ground and the name of the control station would be referenced on the ground also.  Often, there would be a drawing dedicated to the site control points all listed in a table and shown on the plan with their name.  But more often than not, this is no longer the case.  Now, it seems that the Site Engineer is left to search for control station information from various drawings or sources and then collate the information into one system.  This makes the job of the Site Engineer more difficult.

With the advent of powerful smartphones with the ability to run AutoCAD applications it is now possible to take the drawings out on site with you.  This can make finding the Site Control Stations a lot easier, but there is another method using a smartphone that I currently use.  More on this later in this article.

How do we make finding Control Stations Easier?

In the past, when we had a list of control stations, I would load this information into the Total Station and once I had found a couple of control stations I would set up with a resection and set out the rest of the Control Stations.  This was often the quickest way of finding the rest of the Site Control.  Of course, I first had to find two Control Stations that I could see clearly both at the same time so that I could set up the Total Station.

Setting out the remaining control stations was then possible, making finding the rest of the site control easy.  However, it could take a few setups to find all the control on the site due to visibility issues.  And depending on the size of the site and the number of control stations given this can be a time-consuming task.  Especially when most construction sites have very little lead time.  It is not uncommon for Site Engineers to be asked to set out works on their first day on site without being able to check the control.  Always a recipe for disaster.

By far the easiest way I find site control stations these days is to use google earth.  This is of course after I found all the Eastings, Northings and Elevations for the site control stations from the drawings and contract information.  For this I would recommend that you use google earth rather than google maps.  Please note though, that this method is only possible with co-ordinates using the national grid system, if you have a local grid system this will not work unless you can convert the local grid to national grid.

How to Transform Eastings and Northings to Lats and Longs.

Google Earth doesn’t use the Eastings and Northings that the control station information is provided in.  Google Earth only accepts Latitude and Longitude information.  So, we need to convert the control station eastings and northings into latitude and longitude information.  For this, the easiest way (for a small amount of control stations) is to use a website like the British Geological Survey website that has a co-ordinate converter on it.  The webpage is https://www.bgs.ac.uk/data/webservices/convertform.cfm  For other countries other than the UK there will be other websites offering co-ordinate conversions.

Is there a way to make this more accurate?

Working to the nearest metre will probably be ok for finding some control stations on a site if they are in the open or on hard landscaped areas.  But, when you have lots of control stations to find, you want to be able to find them quickly and easily.  To help me in this, Lichfield Survey Supplies offer a service to convert Control Station Information into a kmz file that can be directly imported into Google Earth.  This way I can view many Control Stations on a site in one go.  And there is an added benefit in that these points can be viewed in Streetview too.  This is dependant on the levels of the Control Stations being correct.

Using this service from Lichfield Survey Supplies, I have plotted three control stations.  These are P3, P2 and GG6.  These can be seen plotted on this screenshot of Google Earth from my phone in the picture above.  So now I can see where these control stations should be on the ground.  This is still without leaving the office.

To make finding these control stations even easier, I can view where they should be via the Streetview feature on Google Earth.  Lets first of all look at point P2 in the Streetview feature.  I have taken a screenshot of the view from Google Earth from my phone.  The Point P2 is shown in the road but notice on the footpath there is a circle.  This is in fact the position of Control Station P2.

Moving onto control point P3.  I have again taken a screenshot from the Streetview feature in Google Earth.  The point P3 is shown to be in the footpath.  Once again there is a white painted circle that highlights the actual position of the control point P3.

All of this exercise can be done prior to leaving the office.  And when you do go out of the office you have a clear idea of where you should be looking for the control points of a construction site.  This makes your life as a Site Engineer easier.

Guide to doing a resection with a total station

5 of the greatest errors to affect total station accuracy

4 Ways to get the best GPS accuracy

5 ways a surveyor or engineer can achieve accurate levelling