Guide to Doing a Resection with a Total Station 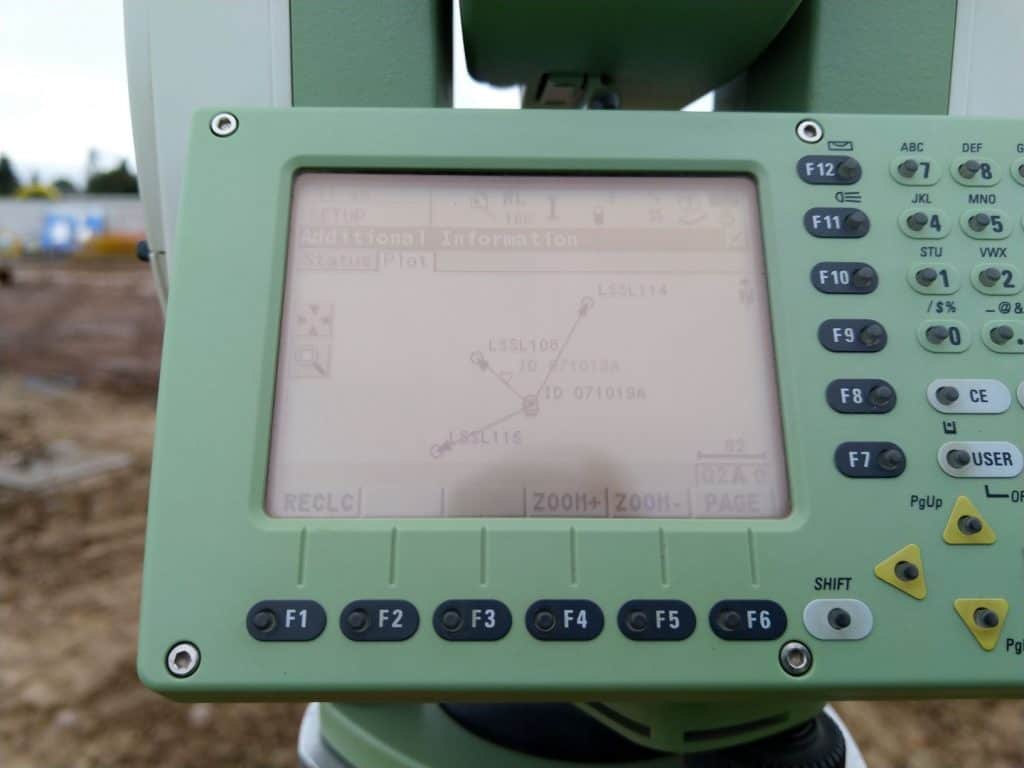 What is the Resection Programme on a Total Station?

The Resection programme found on nearly all Total Stations, like the Leica TCRP1205 Robotic Total Station, allow immense flexibility on where the Total Station can be positioned for ease of setting out or surveying.  It is one of the most used features of a modern Total Station.  This programme allows the setting up of a Total Station in an unknown location by triangulating its position from at least two known points.

Guidelines for using the Resection Programme on a Total Station.

To help you to get the most out of using the Resection for setting the position of the Total Station, I have written the following rules, or guidance, for the effective use and how to avoid the pitfalls that can scupper the setting out or surveying task being undertaken.

Use a Methodical Numbering System to Identify the Free Stations.

This will help you identify your resection setups or free-station setups easily when looking through data at a later point.  Nearly all the setups I do these days are with the resection programme and I always follow the same naming system.  All my resection station names have my initials, the date and a letter suffix.  For the setup I have done in the picture below the Station ID is ID (my initials) 071019 (Date DDMMYY) A (First Resection of the Day).

I always record the instrument height as 0.000m.  This helps me identify it as a free-station or a resection setup.  This is not necessary but the height of instrument above the ground is usually of little importance to me when using the total station from a free-station or resection setup.  However, recording the height of the instrument would indicate whether the operator had set the total station possibly too high or too low for use.

Always use three or more known points for calculating the resection with the total station.

When setting up a Total Station in an unknown location (that is a position that the Easting, Northing and Elevation are not accurately available) we need to have at least two accurately known points (Easting, Northing and Elevation) so that we can triangulate the position of the Total Station.  However, the resultant position of the Total station may not be as accurate as the results would lead us to believe.  With only two known points being used it is entirely possible to achieve a position but if there is any error with the known points or selecting the points the wrong way round the true position of the total station may well be inaccurate.  It is vitally important that a 3rd known point is used when doing a resection with a total station as this will often reveal a gross error.

Always try to have a right angle in the free station setup.

A Guide to Buying a Total Station.

How to setup a Total Station above a Control Point

How to Check a Total Station

Why you shouldn’t have small angles for resections.

The best way to prove that small angles for resections can lead to large errors is by way of example.  I have purposefully done a resection twice with small angles and a third time with more control stations used to provide a more robust resection.  During these three resections, the total station has not been moved, so in theory the results (Easting, Northing and Elevation) should all be the same. I have also only used retro targets for setting the free-station or resection. So the targets that have been used have not moved during the three resections and I have not had to setup prism stations several times. This will remove any error from either holding the detail pole or setting the prism stations during this experiment. This way I can show the potential errors from using small angles for resections.

The first setup of the total station, I have used a station ID of ID 081019A and have used two control points that are close together that have a small angle when viewed from the Total Station. In the image below you can see what I mean by a small angle.

What is the position of the Total Station (ID 081019A) from this Resection?

With this example we are judging the accuracy of the resection or free-station by the co-ordinates calculated from each setup.  Remember that the total station doesn’t move and only the measurements or calculations by the total station should be different.  Each time I have sighted the retro-targets as accurately as possible.  The position of ID 081019A using a small angle is calculated as having E:424367.712 N:300321.483 L:101.360.

What happens when the Total Station Resection is performed again?

This time when I have done the resection, I have used the same control points and kept the Total Station in the same position.  In fact, what I did was to set the first resection station (ID 081019A) and then went straight back into the setup programme to set a new free-station or resection.  So, the total station never got moved or even switched off.  I performed the free-station in exactly the same manner as the previous one, but this time I called the free-station ID 081019B.

What Difference does a Small Angle Resection Make?

How to make the Total Station Resection more Robust.

I have performed this resection a third time.  Again, the total station is in exactly the same place so there should be no difference in its position. This resection has been named ID 081019C as it is now the third resection setup of the day.  However, this time I have used more control stations to fix the resection or free-station with a better distribution of points.  Below is the plan of the control points used.

From the plan of the control points used in the above picture it can be seen that there is a good distribution of points used.  There are some longer distance shots and good 90Degree angles between the points.  The results of this resection are shown in the picture below.

Use reference points outside the area of work for a resection with a total station.

The Rules for Setting Up a Resection with a Total Station.

Need a Total Station? Check out the latest total station prices on amazon.