Laser levels are tools used for levelling objects, and they come in all shapes and sizes. They should make your work life easier, that is why builders, engineers and construction professionals use them all the time. But what if laser levels don’t work properly?

Can a laser level be wrong?

Yes, a laser level can be wrong. Laser Levels are considered to be wrong when they are outside of the manufactures stated level tolerance. For anyone using a laser level, it is wrong when you are not getting the levels you want. When you have a bad level, the costs can be astronomical. As a steel erector found out.

More about that later.

What Happens When Laser Levels are Wrong?

When a laser level is no longer level, the readings provided are inaccurate, that is to say they have an error. This is termed an instrument error and is classed as a systematic error.

Systematic errors are those that cannot be corrected, or compensated for by the user. These types of errors can (and usually do) accumulate every time a measurement is taken. Systematic errors can usually be identified easily if proper checks are carried out.

A laser level that is not correctly calibrated can be a nuisance. If it isn’t correct, you may need to take down and re-erect your steel frame building or other project because of inaccurate readings for instance vertical measurements in one direction will show up as being lower than they are on another side if there’s an asymmetry in your laser level.

Why is it Difficult to tell if a Laser Level is Wrong?

The most likely answer is human nature. We do not check for errors in our laser levels enough. We also will repeat our actions even though we are not aware of it. We will often set up a laser level in the same position on a site, and in the same orientation, use the same datum for setting the laser level.

How to Avoid the Systematic Error.

How to easily find an error in a laser level.

There are two ways to find that your laser level is not accurate. The first way would be by using a different set of equipment. This will show any errors in our system or instrumentation very easily because we have already checked it for accuracy against an independent source.

If both laser levels are giving the same level readings (within the allowable instrument tolerance) then it is highly likely we have no instrument errors.

All measuring instruments used should give the same answers if no errors are present.

Secondly, is to check the laser level by using a version of the two peg test. Checking a Laser for level accuracy uses the same principle as checking a dumpy or Automatic Level. We should have the same height difference of two points when measured from different positions and different lengths of sight.

How to Prevent Incorrect Levelling?

There are some simple checks any building professional can do. We should check the laser levels for accuracy before we use them and then again at regular intervals during a project: every week, say on Fridays or Saturdays when work is not in progress so that measurements can be completed easily and without distraction.

We check the laser level by using a version of they two peg test. Checking Laser Levels for accuracy uses same principle as checking a dumpy or Automatic Level: we should have similar height differences for two static points that are at least 30m apart when measured from different positions.

Incorrect leveling is a serious issue for any construction professional. The inaccuracies of the laser levels are not supposed to be more than +/- 0.1mm per metre, this would be a 3mm discrepancy over a 30m distance.

A few years ago I was the engineer on a new build garden centre. It was a large garden development with a steel frame building. The main building was over 150m long and 50m wide. For all large steel frame buildings we need to use holding down bolts.

On this project the steel frame was going in place and we were bolting it down. All appeared to be going well. But then I had the steel erector coming to say that some off bases we had put in were high.

So I checked every base that was still available and we ground down a few bases that were possibly 5 to 10mm high. I thought nothing more off it and the steel erector carried on putting up the steel frame.

The following day I was talking with the steel erector and he said wait a minute, the position of these bolts is critical. They not only hold the steel frame in place, they position the frame accurately too and also crucial is that the level of the holding down bolts is correct.

He knew he had to be right with the levels of his packing plates underneath the steel columns. Yet, he still didn’t check his rotating laser level. He carried on erecting the steel columns and steel frame.

Checking his laser level would have been so easy. Literally, a short walk. Before we started casting the holding down bolts, I had taken the time to set up 6 H frame profiles on the gridlines of the bolts. These H Frames were all set to 500mm above the Finished Floor Level. They were all the same height and spaced over 150m between some of them. Checking any level on these H Frames would be straight forward and simple.

Unfortunately, he didn’t take the time to check his level and was unaware that it wasn’t accurate.

It took him a few more days of installing steel frames before he became aware of this issue in any way shape or form. He came in complaining that one of the bases we had put in was low. Too low to use the bolts. Alarm bells were ringing in my head now. I had been round and checked all the bases the previous week, no bolts were low I thought.

He showed me the base and the level reading with his rotating laser level. The base was showing low.

I asked if he had checked his laser level. His reply was that it had been calibrated. He assumed that the calibration certificate was all he needed for his laser level to be right!!!

He didn’t know how to check his laser level.

I did a check on his laser level to find that it wasn’t level at all. it was falling at 1mm every 1metre.

This is an example of the importance of checking a laser level before use. Laser levels are not perfect and need to be checked, calibrated or replaced if they’re faulty.

There were no winners in this. The steel frame had to be relevelled. Which pushed the programme back. Which put more pressure on the following trades. Hindering the main contractor to finish on time. And tarnishing the reputation of the companies involved.

Complacency is usually what leads to errors when using laser levels. Laser Levels are tools that should make your working life easier. And we trust them to produce a horizontal level line time after time. And because we trust them we don’t check them.

There are a few ways that I check any levelling device or instrument. My favorite is to set up two points (or datums) that are the same level but over 30m apart (preferably over 100m). This allows the checking of any levelling instrument to be done quickly and easily.

Read this article for quick and easy checks on levelling instruments.

Checking the level is not a time consuming task. It should take less than 30 seconds to do this check and then you can use your laser level without any worries of it being wrong! 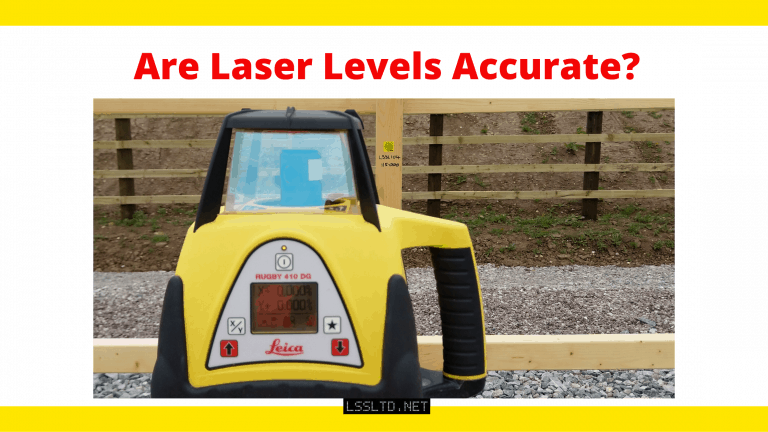 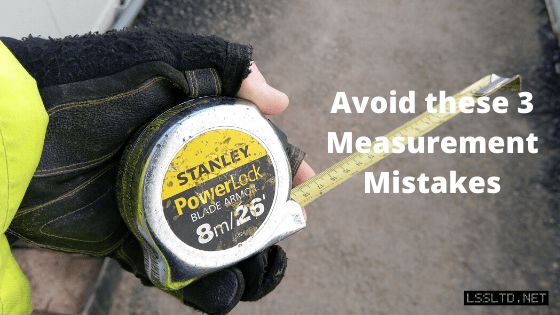 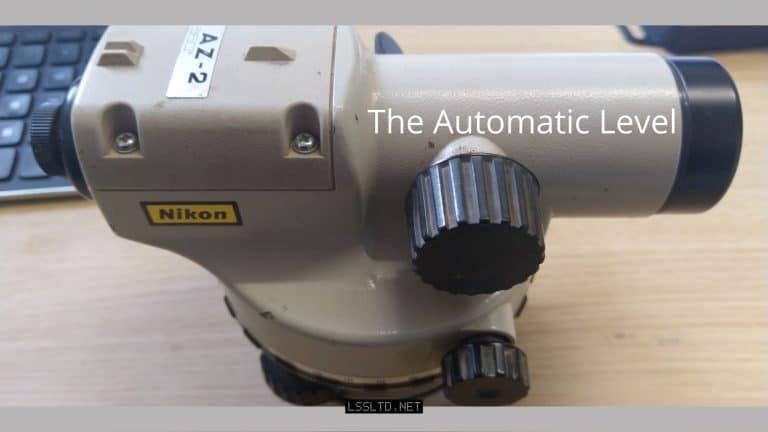