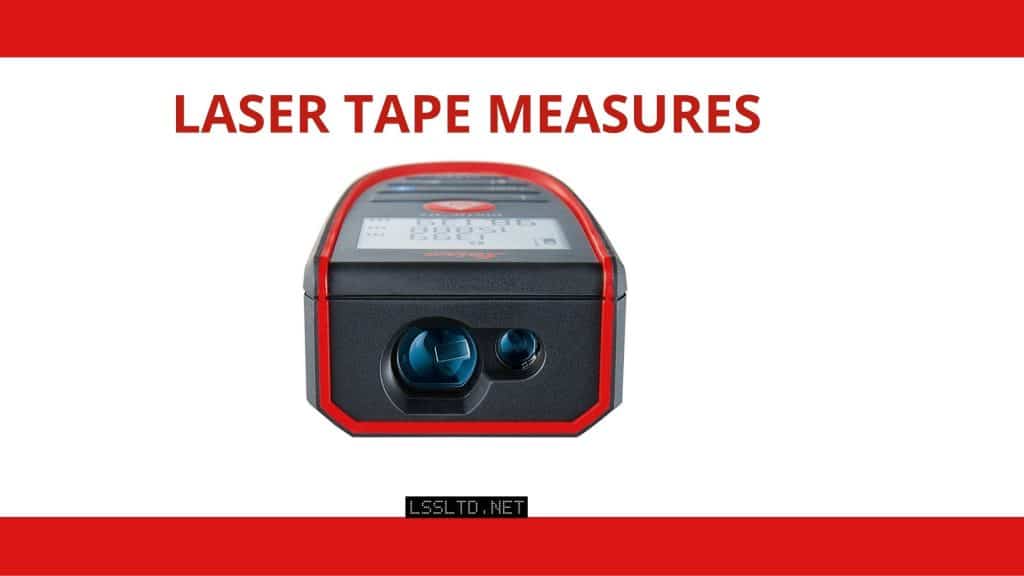 Laser Tape Measures are great tools for quickly and accurately measuring distances. With laser tape measures getting cheaper all the time they are getting more popular. But is a laser tape measure right for you. And can it replace the traditional tape measure.

This site, and in particular this page, contains affiliate links to products. You are under no obligation to, but if you visit and buy something from their site from a link on this site, we may receive a small commission, the price you pay will remain the same.

How does a laser tape measure work?

The pulses of light are of such a high frequency that it will appear to us as a continuous beam of light. Many measurements of the time period of this pulsed light travel are taken before the measurement will be displayed. Laser Tape Measures will usually only take about 1 second to work out the distance measured. Less reflective surfaces may take longer.

If using a laser tape measure inside, then most likely the conditions are always going to be favourable. The most likely thing to affect the accuracy when taking measurement indoors will be dust. Dust will scatter the laser beam, thus reducing the amount of laser light reaching and returning from the intended targeted measure point.

If you can see the laser beam from the laser tape measure, other than on the measure point, then your accuracy will be affected.

What would affect the accuracy of laser tape measures?

Laser tape measures need a certain amount of laser light returning to the device to obtain a reading. If you cannot clearly see the object that you want to measure to, then it is likely that the measurements taken will not be accurate. You may not get a measurement at all. This is due to the laser beam being dispersed by airborne particles. Airborne particles include dust and moisture. If both are dense enough, they will affect the laser beam. Moisture in the air in this case would be classed as fog. If the object being measured is not clear to you, then it will not be clear for the laser beam to reach and return.

The affect of different temperatures on laser beams can be seen in this video which shows the laser beam from a pipe laser moving around the target.

What is the most accurate laser tape measure?

The laser tape measure with the best accuracy I can find is the Leica Disto S910. It is also the most expensive one I can find. The accuracy of the Leica Disto S910 is quoted as plus or minus 1.0mm. This is for distances of up to 10m, after 10 m there is a deterioration in the accuracy. The deterioration is miniscule, at 0.0.05mm/m to 0.2mm/m for distances over 100m.

If you want the most accurate laser tape measure, make sure you do not pay to much. It is always a good idea to check the latest price on Amazon. Check the current price of the Leica S910 on Amazon.

What is the least accurate laser tape measure?

What is the best feature of a laser tape measure?

Have you ever been frustrated by trying to measure to a point that you cannot reach. Trying to reach out with a traditional tape measure, only for it collapse and the end fall to the floor. The most distance you can get with traditional tape measures like the Stanley Fat Max is just 3.3m before the cantilever weight of the tape is too much. There is no such problem with a laser tape measure.

What is the best laser tape measure?

The Leica Disto D2 can measure distances from 0.05m all the way to 100m. The accuracy of these measurements is within 1.5mm. It is also light and compact so is easy to carry around or store away. Using the free apps that are available mean you can record and draw up your measurements on the go.

If you want the best laser tape measure, the Leica Disto D2, then check the latest price on Amazon using this link.

How much is a Laser Tape Measure?

Laser Tape Measures cost from under £15 and can cost as much as £1,600. A good accuracy, robust laser tape measures with decent features cost around £60 to £120 currently. Spending any less than £40 on laser tape measure would be false economy.

I would usually check the current prices on a site like amazon to ensure that I do not pay to much for any item. Check the latest prices for laser tape measures on Amazon using this link.

Where can I buy a laser tape measure?

Amazon is always a good place to start a search for a laser tape measure. They have a wide range that will suit any budget. I have listed below the laser tape measures I would buy from Amazon below. These are ones that have a good accuracy and are robust.

I have been using laser tape measures for over 15 years now. When I first bought one, they were very expensive. They were specialist pieces of equipment. Now they are affordable and abundant. Which is good. Everyone should be able to measure easily and accurately.

I would recommend everyone should have a laser tape measure in their tool box to accompany their traditional tape measure. 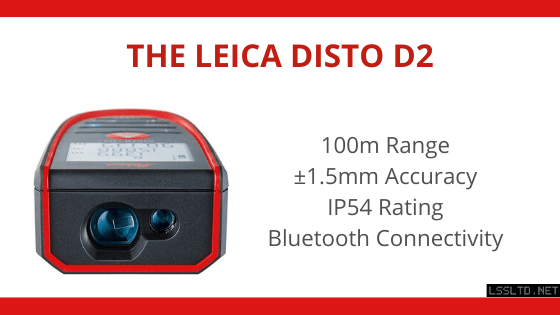