Using a Laser Level For Tiling 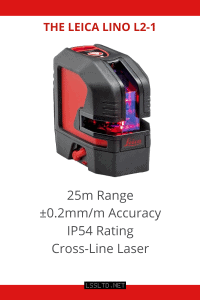 Tiling a room can be a daunting task. But it does not need to be. One of the main things to get right is to get the tiles straight on the wall. Those perfect tiles you bought will look awful if not put on your walls neatly inline. This is where a laser level is useful. A laser level tool should make your job of tiling easier. It should also help you get better results from your tiling work. If the laser level does not help you, then it is a waste of money.

So how do you choose the right laser level for tiling?

Do you need a laser level for tiling?

A laser line level will give you the best start to your tiling job. The best laser levels for tiling work will give both horizontal and vertical lines for you to work too. These lines will be clear, easy to see and should extend around most of the room to be tiled. A laser level for tiling should make the job of tiling easier and ultimately produce better results from your work.

What should you look for in a laser level for tiling?

What laser levels for tiling are on the shortlist?

Taking into consideration the above factors the list of laser levels for tiling that I can recommend is as follows:

What is the best laser level for tiling?

Ultimately, the best laser level for tiling is the one that best suits your needs. A professional tiler would not want the cheapest laser level on the market. And similarly, a person doing one room would not need the expense of a professional laser level. With this in mind, I have suggested the ones I think would suit best for certain criteria. All these laser levels that have been suggested are ones that I would buy myself. 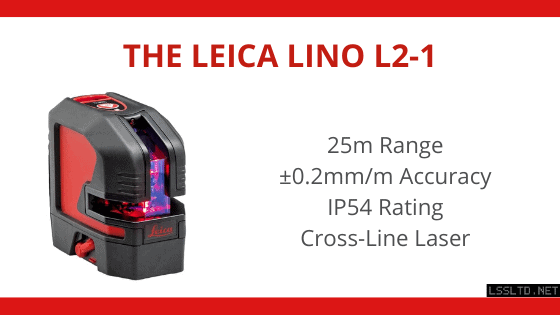 Also, worth considering for the Professional Tiler would be the Dewalt DW088CG-XJ crossline laser or the Bosch PLL360 crossline laser. These two crossline lasers are similar to the Leica Lino L2-1 but are sometimes a cheaper alternative. The Dewalt uses a green laser light which is sometimes easier to see.

Check out the best price for the Hychika Crossline Level here.

A Crossline Laser for Tiling worth considering.

If you are DIYer that want’s something better than the Hychika, or a professional tiler that finds the Leica to expensive then the Huepar 621CG crossline laser is worth considering. The Huepar 621CG is more accurate than the Hychika with a quoted accuracy of 0.3mm per metre. It also has a green laser beam which can be easier to see. With the pulse mode enabled on the laser it is possible to get a range of 50m. This crossline laser is self-levelling, so it is easy to setup. As is standard with most of these lasers, the self-levelling range is 4 degrees. The standard guarantee with the Huepar is only 1 year, but this can be extended if you become a royal customer by registering your device.

Check out the best price for the Huepar Crossline Level here.

Hopefully this article has helped you choose a crossline laser for your tiling job. There are lots of these laser levels available and choosing the right one can be difficult. With any levelling equipment, I find it always best to go with the best one you can afford. I would recommend the Leica laser as I have owned and used several Leica lasers and survey equipment for numerous years.

Find out more about LSSLTD.NET

Is a laser tape measure worth buying?

How the Auto Level Works